Taking a trip down memory lane today. Found these photos and felt like sharing. 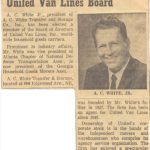 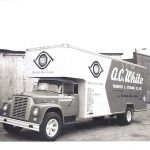 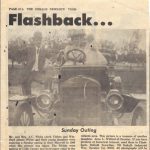 The picture of A.C. Jr. ….elected to the United Van Lines board in 1963, one of 18 from around the country, a big honor in the industry at the time.

A.C. Sr. and his young family.  The baby pictured, Dorothy, was the bookkeeper here when I started work in the summer of 1965.  Minimum wage then was $1.25 an hour, but since I was the boss’s son, they paid me $1.35.  She was on vacation that week, but when she returned, and learned I was being paid too much, she took back the ten cents an hour the second week.